26/01/2018
to read
Share
Peckish customers coming into Lincoln on Monday morning can grab a free breakfast and coffee courtesy of Stagecoach East Midlands.

On Sunday 14th January, the new bus station underwent a testing phase. Shaun Clark, Operations Manager for Stagecoach in Lincoln, told Lincoln Bus that "this was a good exercise and went well, it also helped to highlight areas where improvements could be made to conduct best practices. Hopefully everyone (both customers and employees alike) are looking forward to the move to the new site. Stagecoach have embraced and supported the investment made in the City in providing a state of the art Bus Station. "

Stagecoach has invested £3 million in 15 new buses, five of these will be double decker buses bought specifically for Interconnect 100 service which terminates at Gainsborough. The other ten will be single decker buses for inner city services. These new buses have leather seats and USB charging points.

Shaun Clark told Lincoln Bus that "We have already received eight new E200 MMC single deck vehicles, and there are two more to follow, these are generally to operate around the Lincoln City network. Additionally there are also five new double deck vehicles operating on the service 100 between Lincoln, Gainsborough and Scunthorpe. This brings the local investment in local vehicles to over three million pounds, and the vehicles should help to promote the new SimpliBus network and to enhance our new Bus Station facilities and give our customers a great travel experience. " 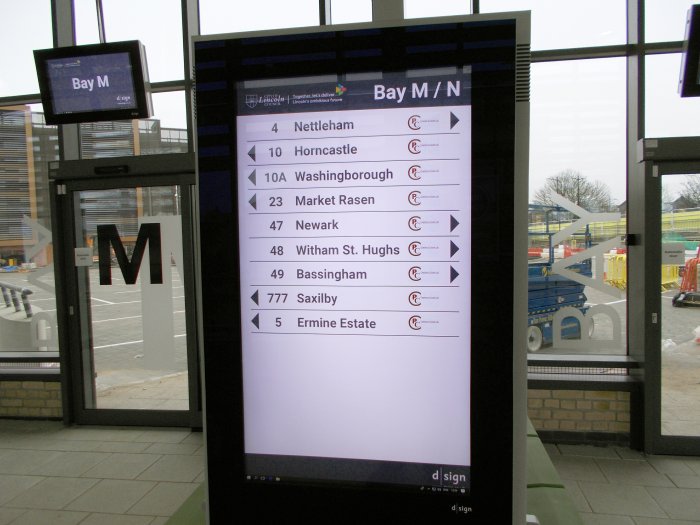 The new Lincoln Central Bus Station will be operational on Sunday 28th January 2018, customers should go to this bus station to catch the bus as the Temporary Bus Station on Tentercroft Street will close. The new Stagecoach SimpliBus services will begin replacing the old services with new numbers and slight changes to some routes.

The official opening of the new Lincoln Central Bus Station will be on Monday 29th January 2018. To celebrate, Stagecoach are offering its customers free breakfast and cake. Present your Stagecoach bus ticket at the new Lincoln Central Bus Station on Monday morning for a free breakfast. If you are traveling later in the morning you may still be able to get yourself a free cake and hot drink.

Shaun Clark told Lincoln Bus "On the launch day on Monday 29th January we will be offering our customers various items between 06:00 and 12:00 hours including bacon rolls, and coffee/tea and cakes to help create and enhance the hopeful excitement of the new Lincoln Central Bus Station".